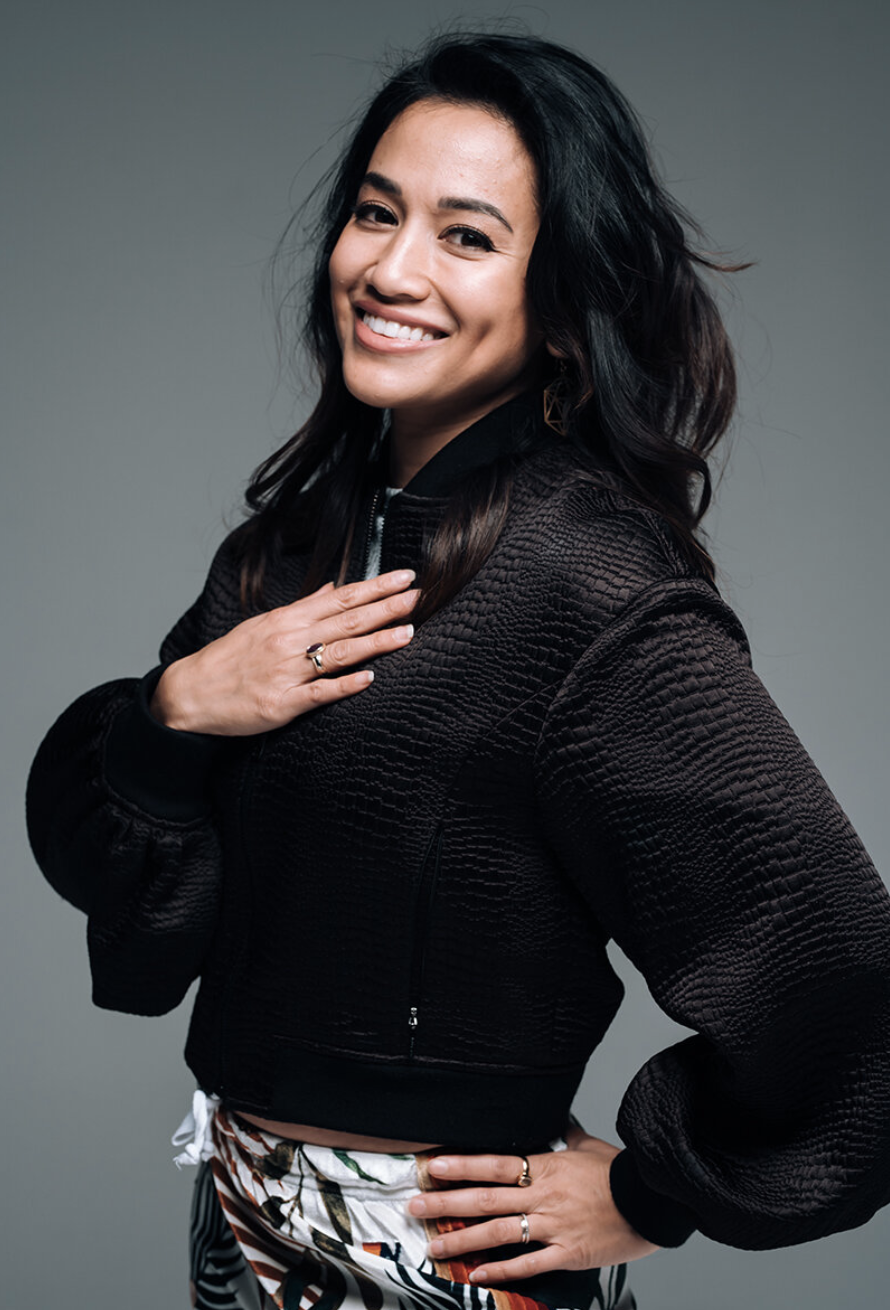 In this next episode of What’s the Juice, I had the opportunity to chat with the amazing Dr. Neeta Bhushan — former cosmetic dentist turned mental health coach, social entrepreneur, international speaker, and best-selling author behind the new book That Sucked. Now What?

Before you press play, or as you listen in, I wanted to provide some background as to who Neeta is, and how — against all odds — she has become one of the most positive, fearless individuals I’ve had the pleasure of meeting to date.

To put it simply, Neeta’s life has not been an easy one. Born and raised in Chicago to immigrant parents, she was very much accustomed to the “tiger mom” mentality, constantly having to prove herself and set/achieve unrealistic goals. At the age of 10, her mother was diagnosed with breast cancer, and as the oldest child in the family, Neeta became a key caretaker. She ultimately lost her mother at the age of 16, which was when a life-altering slew of tragedy began.

Just a year after her mother died, Neeta’s 15-year-old brother passed from an asthma attack. As could be expected, her father fell into deep depression and Neeta began to experience what’s now identified as severe anxiety. Months later, in hopes of bringing happiness back into their lives, Neeta suggested they attend a family member’s wedding and dye her father’s hair to get him looking and feeling his best.

After an awful reaction to the dye, routine testing at the hospital showed he had stage four lung cancer. Neeta’s father died just 10 months later, leaving behind her and her youngest brother. By the age of 19, Neeta was her brother’s sole caretaker. To show up for him, and to “fit in”with other teenagers her age, she felt the need to button up her emotions and push the grief away. As Neeta shares, it was the support from her friends that got her through this incredibly heart-wrenching season.

Fast forward 10 years, Neeta became a cosmetic dentist, found a beautiful home, and dated a man who she ultimately married. On paper, her life seemed great. But in reality, she was dealing with an incredibly toxic relationship. It wasn’t until New Year’s Eve that she had an awakening to move on and finally take control of her life.

After hiring a lawyer and moving out of her home, Neeta’s healing process truly began. Two years later, she made the decision to leave her dental practice, prioritizing her own needs for the first time in her life. This is when she began to delve into her spirituality and shed her science-backed beliefs, experimenting with alternative therapies, somatics, psychedelics — you name it.

At this point, Neeta finally gave herself permission to have fun (which she had always felt guilty for) and say yes to life. Through a lot of uncomfortable, internal work, Neeta was able to rewrite her narrative in a positive, inspiring light — which she’s now using to help others.

Today, as an entrepreneur and performance coach to thousands, Neeta works with individuals of all ages and backgrounds to help build mental fitness through the expansion of emotional grit, using a blend of psychology, neuroscience, and ancient philosophies. She is committed to making mental and emotional health a priority, and dismantling the years of conventional thinking that hold us back from achieving greatness.

After discussing Neeta’s life at length, we dive into what she calls “The Bounce Factor” — a tool to explore your subconscious self and how you’re subject to both internal and external influences. It’s comprised of these four elements to test your resiliency:

Neeta dives deeper into these four components in her new book, That Sucked. Now What? — a real-talk guide to help normalize life’s messy, chaotic moments and give you permission to find joy in the thick of it all. Because at the end of the day, that’s what life is about, isn’t it?

For those who are grieving, high-achieving, or simply going through the human experience (aka all of us), this conversation is a crucial one to listen to. As always, I’d love to hear your thoughts on the episode. Send me a DM on Instagram: @shoporganicolivia.