< Back to Blog List
All, Gut Health + Detoxification, Traditional Herbalism 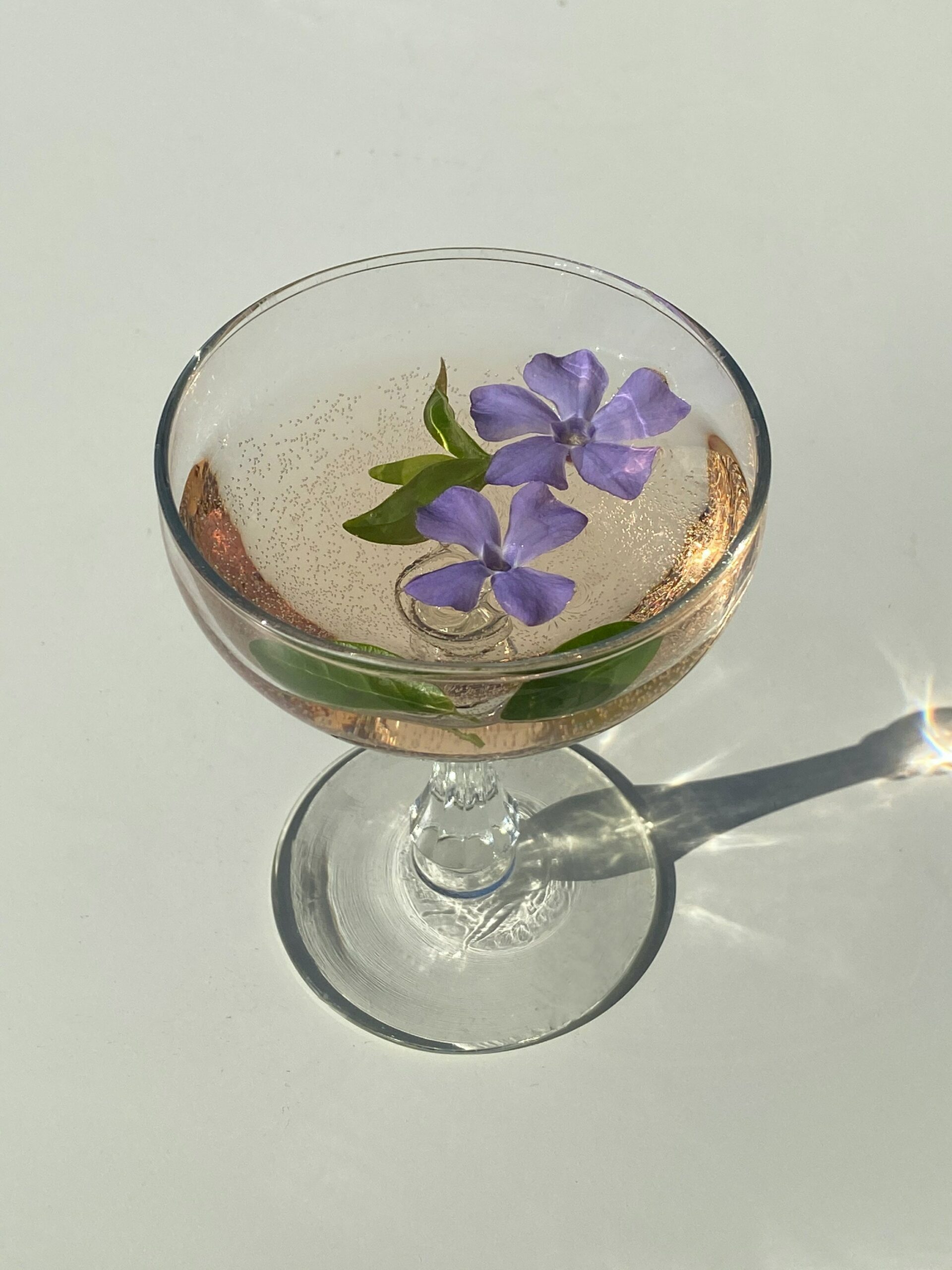 Did you know that “bitters” are a unique class of herbs that have been used since ancient times for digestive ailments, liver/gallbladder health, and gut microbiome balance?

When you’re working on clearing your skin and getting that coveted glow, you might not think of digestive or liver herbs as your first line of defense, but they actually play an important role when you’re getting to the true root of recurring blemishes.

WHAT THE HECK ARE ‘BITTERS’?

The term “bitters” refers to alcohol-based extracts of the bark, leaves, roots, or flowers of bitter-tasting plants that are traditionally used to support digestion and thus, the extraction of nutrients from food.

As I mentioned earlier, they’ve been used for ages around the world about 15 minutes before meals to stimulate the secretion of our digestive juices – such stomach acid (which helps to signal our endogenous enzyme release), and the almighty bile which we’ll talk about in a second.

When it comes to skin health, robust digestive secretions (which lead to more complete nutrient absorption and assimilation) are key. If we can’t absorb nutrients from our food because we’re not fully breaking it down, how are we going to use those nutrients to rebuild the healthiest possible skin cells as they constantly turnover? This is especially an issue when it comes to breaking down the healthy fats we eat, as fatty acids are crucial for skin hydration and barrier health (which, when out of balance, can both cause and aggravate acne).

The strength of our digestion is a major focus of almost every traditional medicine system, as proper digestion is a foundational pillar of health that has a domino effect on everything else.

THE IMPORTANCE OF THE BITTER FLAVOR ITSELF

“Bitter” is one of the seven flavors identified by our taste buds. It was once believed that only the tongue was packed with bitter taste receptors, but we now know that bitter receptors are actually present all throughout the body, including in the lungs (where they’re being studied as a target for asthma support!), the thyroid, the esophagus, stomach, and pancreas.

While these organs don’t “taste” the bitter flavor the way our tongues do, when they’re activated by the ingestion of bitter compounds, their receptors activate crucial metabolic processes (such as the release of hunger-related hormones ghrelin, glucagon, and insulin that regulate appetite and blood sugar balance).

Studies are now being conducted regarding how bitter herbs and nutraceuticals may actually be a first line of defense in tackling metabolic and blood sugar imbalances, something herbalists have been utilizing them towards for ages.

Furthermore, because the inflammation and stress response that results from blood sugar imbalances can spike cortisol levels, throw off our sex hormones, and lead to insulin resistance, it’s so important to nip them in the bud not only for our skin health but ultimately for our longevity. Blood sugar imbalances may seem so far removed from the skin, but over time, they can contribute to disorders such as PCOS which have a major skin/acne element. When you think of it this way, it’s easy to see why bitters tackle so many of the foundational pillars required for happy, healthy skin and an overall healthy body.

The problem is that In ancient times, bitter flavors were extremely common; our ancestors ate what they could get—including a variety of wild greens and small fruits that weren’t bred to be sweet the way our grocery store varieties are today. As agricultural systems became more advanced and we could manipulate food to contain more pleasurable flavors, bitter notes slowly disappeared. Nowadays, they’re extremely rare to find on our plates in a world where sugar and salt dominate—even the most common bitter foods in our diet (coffee and chocolate!) are served with added sugar to make them more palatable.

As we’ve already covered, this is doing us a huge disservice, as bitter flavors prime the digestive tract for action, signaling the production of stomach acid, enzymes, and bile – and even encouraging peristalsis. Because of that metabolic element, bitters can even reduce cravings, help balance blood sugar, and keep your weight and hormones far more stable.

Because we no longer consume bitter plant preparations in our diet, many herbalists believe that this a major “missing link” in our nationwide health puzzle. Herbalist Jim McDonald writes:

“I am a firm believer in Bitter Deficiency Syndrome: a notion which posits that much of the health woes faced by modern folk has at its root a lack of bitter flavor in the diet, and that many of the digestive problems for which we see bitters as a “remedy” are actually symptoms of deficiency of this flavor. Perhaps it is not right to think that bitters should be used to treat sluggish digestion, but that a lack of bitter flavor in one’s diet can be a cause of sluggish digestion. Perhaps many of the conditions calling for bitters as a remedy arise from their omission, not unlike rickets arises from a lack of vitamin D.”

This is so powerful to me and something that my teachers stressed in almost every class. Each flavor was put on this planet for a reason, and we need all of them for proper functioning of the different organs in our body of which they have an affinity for.

Many bitters that benefit our microbiome and stimulate secretions, also double as ‘liver herbs,’ referred to as hepatic bitters.

Hepatic bitters specifically have an affinity for the liver, and directly stimulate the production of bile (which is crucial before fatty meals!) when consumed regularly.

Again, because so many of us do not consume enough bitter foods anymore (especially before meals as starters i.e. an endive or dandelion green salad), we are also often not releasing proper amounts of bile – or our bile can get thick and stuck, contributing to gallstone formation. This is a reason why many of us are not digesting our fats and thus, fat soluble vitamins, properly (hello Vitamin A and the role in zinc transport and acne!). This also means we’re not optimally excreting excess toxins and especially hormones, which is contributing to the modern explosion of estrogen dominance and hormone imbalance.

Because hormones are so intricately tied to acne and blemishes, liver supporting herbs aka hepatic bitters are truly key when tackling these issues from a holistic lens.

We can do so much for our bile production, skin and digestion with the simple addition of bitter herbs before meals. Here are a few that act as both traditional digestive bitters and hepatic bitters that may resonate with you!

OUR FAVORITE 2-FOR-1 HEPATIC BITTERS:

Dandelion Root –  As a drying and cooling herb, Dandelion addresses “damp” and “hot” liver stagnation, and supports our detoxification processes. More specifically, it helps support healthy liver function, aids kidney and urinary tract health, and can help soothe and calm occasional stomach upset. In traditional Chinese herbalism and European herbalism, Dandelion helps support the liver and gallbladder, stimulates digestion, supports clear skin, relaxes the excretory system, and provides microbiome support. Energetically, it’s used for ‘moving’ Liver Qi in a way that helps to dredge up and help you break through long-standing stagnant frustration. In this sense, be careful – go slow – and look for a formula (like our Liver Juice) that contains Dandelion in a well rounded and balanced blend.

Oregon Grape Root – Oregon Grape Root is a bitter and detoxifying herb that helps move stagnation within the liver and digestive tract. It has a specific affinity for the liver and fat digestion, and is therefore an excellent promoter of bile secretion. This herb is wonderful for those who would like both skin and digestive support, especially if someone is feeling a bit sluggish after rich or greasy meals. You can also find this formula in our Liver Juice, and is

Gentian Root – Gentian is a true digestive bitter, through and through – quite possible the most bitter you can get (besides Blue Vervain, an ally that’s famous for type A perfectionists with a lot of tension in the shoulders!). Gentian helps awaken and strengthen our inner ‘gut’ instinct, inner power (solar plexus), and helps us go on in times of self doubt. This affinity for the stomach, both physically and emotionally, makes it an excellent bitter that goes right to where it’s needed. Gentian is the star of Digestive Juice, a tried and true bitters blend that supports you both before and after meals to tackle and prevent occasional gas, bloating, and discomfort.

# S2E21 – A DOSE OF SELF-AWARENESS – the story of my 28th birthday smack in the face feat. Nick, psilocybin mushrooms and 3 weeks off work

# S2E20 – FROM MENTAL ILLNESS TO MENTAL WELLNESS – Dr. Amen talks brain scans, why SSRIs work for some and not others, grief, essential oils, THC + more!