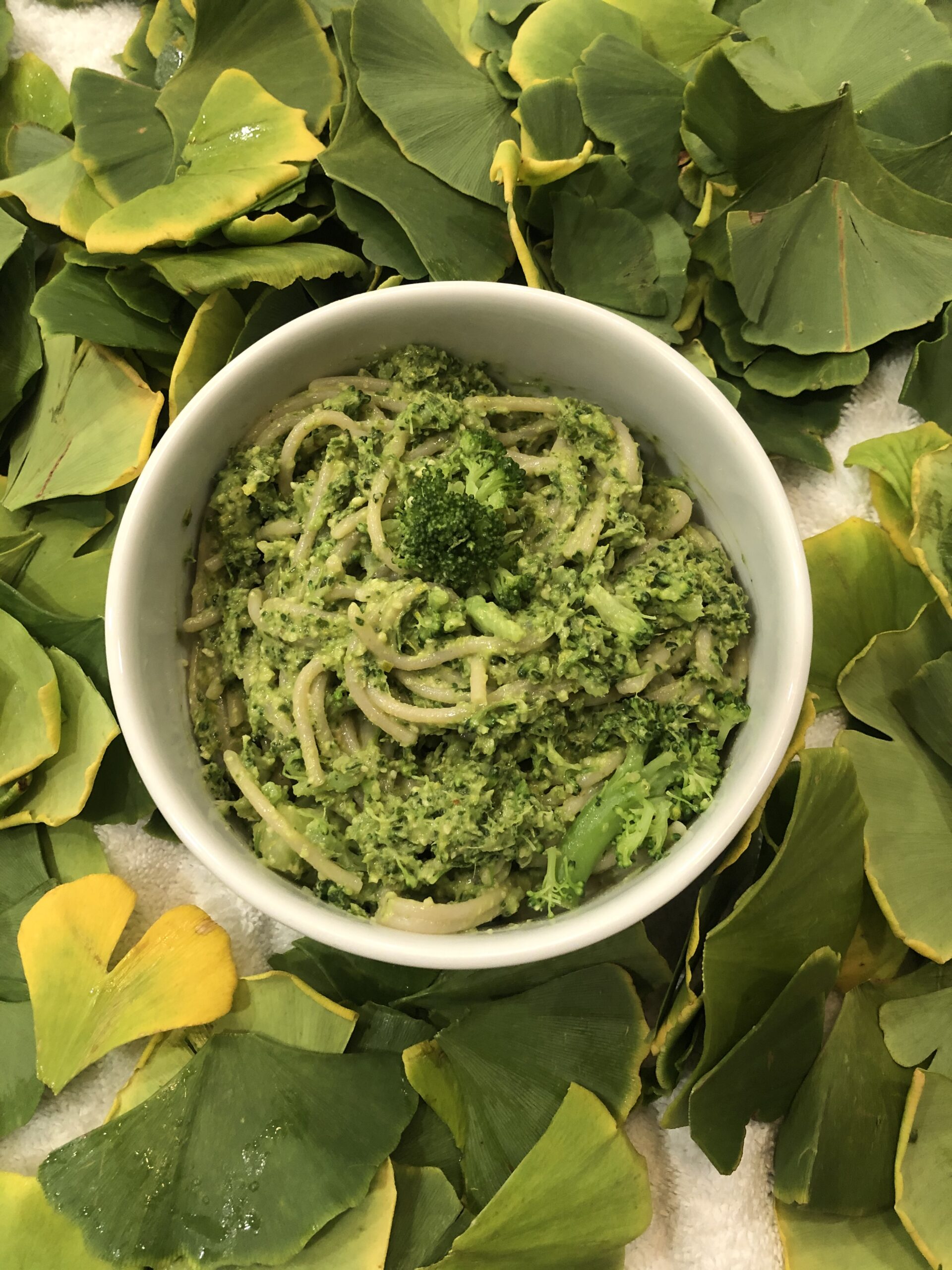 My dearest herb fam — after the shortest summer in the history of mankind (or at least it felt that way!), fall is suddenly upon us. The trees are showing off their bright red and golden hues, and the weather is beginning to transition.

We’ve now entered the time of year when hands and feet get cold, our minds can feel sluggish with the shorter, gloomy days, and the winter blues can begin to set in. Seasonal herbal & nutritional support is key to staying balanced during any change, but is especially important during the drastic jump from long, sunny days to cold, dark nights.

Spring to summer feels like a natural transition where the sun gradually warms us up and initiates fresh growth, excitement and new life… but summer to fall can feel harsh and unexpected – a bit like a death if my angry Leo soul can be frank for a moment. Just as the trees shift energy from their leaves to their roots, we also take this time to go within and slow down to re-root our foundation. The drop in temperature slows things down even further, including, unfortunately, our circulation and cognition! Anyone else want to sleep all day instead of think?!

I for one am finally getting a SAD lamp to use in the mornings when I wake up (I’ve heard rave reviews), but I’m also leaning on my herbal allies as always to get me through and keep things moving even when all I want to do is hibernate.

CIRCULATION SUPPORT IS KEY IN THE COLDER MONTHS

You know I always say HEAT IS LIFE, because heat drives blood flow/circulation and blood flow is what makes everything from cognitive function and sharp memory, to skin regeneration, to long luscious hair and even orgasms possible. In these colder months, we need all of the blood flow support we can get as the drop in temperature can cause constriction and difficulty in all the areas I mentioned above (especially cold hands and feet, my Achilles heel!)

Today I have an herb to share with you that’s perfect for allllll the things we need right now, AND we’re going to eat it instead of taking it in a supplement (although you know my Brain Juice has you covered if eating off of local trees isn’t your thang). As an herbalist, foraging wild and local foods — especially edible greens — is definitely up my alley, so I’m extremely excited to share this recipe with you! Nature always delivers exactly what we need to adapt to the ever-changing environment around us. Here’s the medicine she has to offer us right now…

Did you know that Ginkgo leaves, along with the potent, active plant constituents within the leaves themselves, have been the subjects of over 400 scientific studies?

As one of the world’s most widely used and studied plant medicines, not to mention the oldest surviving tree, Ginkgo is a wise, old survivor that lends its virtues to us so that we may become the same.

The properties of Ginkgo were first recorded around 2,800 BC. In Traditional Chinese Medicine, the leaf was first used to support the respiratory system rather than the brain, whereas the seed was eaten for urinary health and eliminating “dampness.” As an ancient tree that began its journey millions of years ago, Ginkgo has survived as one of the most important herbal medicines we have today to support our physiology, cognitive health, and circulatory health.

As one of the most important organs in the human body, the brain is the “control center” that allows us to move, to function, even to breathe — not to mention the role it plays in our ability to focus and complete tasks. Maintaining healthy cognition is essential to our personal and professional success, and it’s important to know the plants you can lean on for support in this arena. In Europe, Ginkgo is used across the continent and well-known to support cognitive function and healthy recall. Numerous clinical trials have documented Ginkgo’s positive effects on healthy brain function in terms of recall, recognition, memory, reaction time, attention, concentration, mood, and even energy levels. Thanks to its rich history and the robust scientific data supporting its traditional uses, Ginkgo is used today in holistic medicine for Alzheimer’s and dementia, depression, cardiovascular disease, inflammatory disorders, asthma, and more.

Many diverse actions contribute to the overall effectiveness of Gingko, including supporting peripheral blood flow to the brain and healthy circulation. Its uses in modern herbalism range from cardiovascular support (incredible for heart health and blood vessel health), to metabolic support, all the way to nervous system and lung support (as it helps the Lung Qi to descend). It is one of the most invaluable medicines the earth has provided to us, and should be preserved and respected as such.

WHERE TO FIND GINKGO TREES LOCALLY

If you’ve ever smelled that rancid, sour-butter-like smell around your neighborhood only to find a ton of cream colored seeds/pods on the floor underneath a large tree with fan-shaped leaves… then congratulations, you’ve found a local Ginkgo friend!

Yep, the fruit/seeds of the Ginkgo tree are pretty rank (although they also hold immense value as a medicinal food, but need to be thoroughly roasted and heated in order to be safely consumed). Ginkgo leaves on the other hand, can be eaten raw and are a highly medicinal brain food that can help with everything from circulation issues to cognitive dysfunction to mood! If you’re on the East Coast like me, these trees are everywhere (and I’ll explain why below), so it’s only right that we don’t let these beautiful leaves go to waste as they’ll be falling naturally within a month or so regardless. It’s wild to think we have legitimate medicine, backed by hundreds of scientific studies, growing all around us and we walk by it daily without even realizing the treasure we’ve been gifted. That’s why I love foraging and consuming wild foods; it’s like a secret club that no one knows about, even though it’s right under our noses!

Okay, so here’s the reason why cities all across the U.S. and Asia have decided to plant Ginkgo trees as part of their urban planning:

In the early 19th century in London, coal pollution was so thick you could see it. Respiratory illness spiked, decreased visibility was causing more traffic accidents, and the smog wreaked havoc on city trees. But the ornamental ginkgo trees (brought over from Asia and planted in London’s botanical gardens) continued to thrive. Thus, the ginkgo gained a reputation in industrial Europe for being a hardy tree that could withstand the stresses of city life.

And city life is stressful: According to the U.S. Forest Service, the average life expectancy of trees planted in a city’s downtown is 10 years. That’s much shorter than the average lifespan of nonurban trees, which can range anywhere from 50–400 years, depending on the species. A ginkgo, on the other hand, can live hundreds of years in a city. Not only can it hold its own against air pollution, but it stands strong in the face of soil compaction, pests, disease, salt, wind, cold, drought, fire, and even nuclear blasts.

Like I mentioned before, Ginkgo is the world’s oldest surviving tree… I mean, a few Ginkgo trees literally survived Hiroshima if that gives you an idea of how resilient and hardy this plant medicine is. And thus, it imparts the same strength and resilience upon us, helping us to be stronger and healthier in the colder months both physically and mentally, even in the face of stressors and pollutants, which it somehow resists in all its glory!

My mom is having a hard time with liquid supplements and herbs right now… I handed her some tea the other day and she literally told me it was “ugly” and she wanted coffee instead haha. You gotta love her, spunky and knows what she wants even with everything she’s up against. So instead of giving her tinctures and teas, I’ve decided to incorporate more of her much-needed brain loving herbs into medicinal recipes that deliver a powerful punch of phytochemicals and plant medicine while still being delicious. This came out so good – you can’t even tell you’re eating wild greens – and I could truly feel the ‘opening of channels’ that TCM talks about as soon as I finished dinner. My circulation felt better, my breathing was easier, I became extremely relaxed, and I apparently felt sharp enough to write this blog post at 10:09PM… which I’ll take as a good sign 🙂

NOTE: I used the chickpea miso and coconut aminos to add an umami flavor to this dish because I’m dairy free. If you eat cheese, God bless you, I’m jealous, and you can totally sub those two for Parmesan!