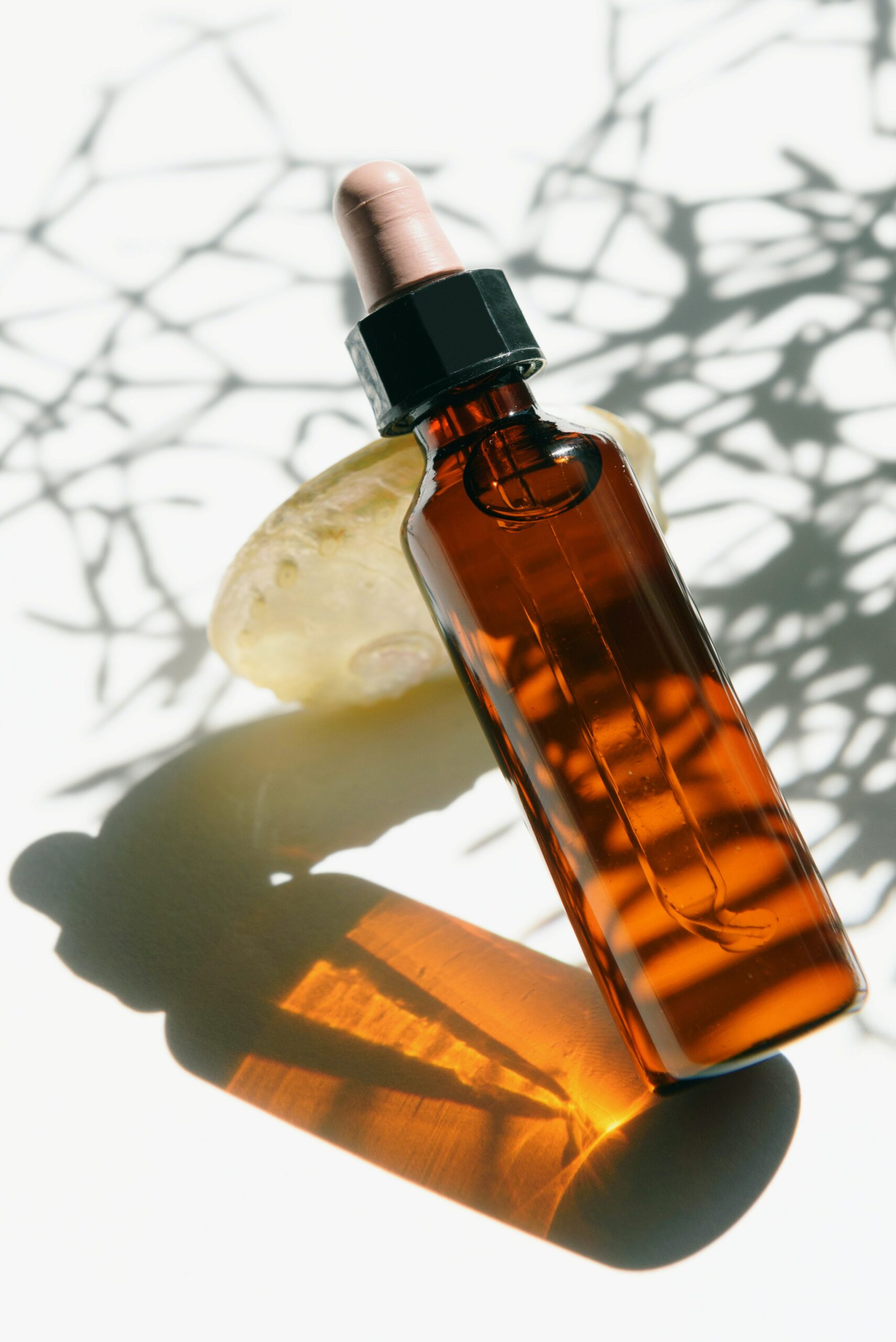 Oh castor oil. How I love you! I use it on EVERYTHING – the way people love coconut oil is how I feel about this liquid gold. I always have a bottle on hand for hair treatments, eyelash serum, wound healing, and most importantly: to put on my liver and abdomen before bed. I then apply a hot water bottle to help it sink in. This is a modified version of a “castor oil pack” (popularized by Edgar Cayce) and has been used for ages to improve elimination, circulation, and inflammation.

What is castor oil?

Castor oil is derived from the castor bean. Its use originated in Ancient Egypt and is referred to in the bible as the “Palm of Christ.” It is one of the most ancient and effective therapies for digestive disorders and immune building.

Castor oil is absorbed into the body through the skin. Once absorbed, it stimulates the flow of lymphatic fluid. The lymphatic system is in charge of eliminating toxins from the body and blood. Therefore, improved lymph flow would translate to enhanced detoxification. Applying castor oil onto the abdomen directly helps with the healing & stimulation of the GALT (gut associated lymph tissue), digestive tract and liver. On the lower abdomen it helps to break up cysts & uterine fibroids.

1. A 1999 study on topical castor oil and the lymphatic system found that after a two-hour treatment with castor oil packs, there was a significant increase in the number of lymphocytes/T-11 cells (which form antibodies against pathogens). T cells continued increasing over a seven-hour period following treatment.
2. A 2010 study found that castor oil packs were an effective means of decreasing constipation in the elderly.

Where it Can be Used

✔️The right side of the abdomen to stimulate the liver;
✔️Inflamed and swollen joints, bursitis, and muscle strains;
✔️The abdomen to relieve constipation and other digestive disorders;
✔️The lower abdomen in cases of menstrual irregularities and uterine and ovarian cysts.
(Note: do not use during active menstruation or pregnancy!)

What Else Can it Do?

1. Fights aging – Castor oil, when applied to the skin, penetrates deeply and stimulates the production of collagen and elastin. It delays the appearance of wrinkles and fine lines and makes the skin smoother, softer, and younger. Since I already moisturize my face with oil, I add a tiny bit of castor oil to the blend.
2. Acne – Castor oil is rich in ricinoleic acid, which fights off the acne-causing bacteria. A 2011 study in India found it effective against both gram-positive and gram-negative bacteria.
3. Fades blemish scars – The fatty acids penetrate deep into scar tissue and plump it out while encouraging the growth of healthy tissue around it.
4. Promotes hair growth – Castor oil boosts blood circulation to the follicles, leading to faster hair growth. The oil also has omega-9 essential fatty acids that are responsible for healthy hair. It also helps reduce split ends, controls hair breakage, and moisturizes your hair. I mix it with avocado oil to thin in out, and use it as a hair mask.
5. Treats Scalp Infections – Scalp infection can cause major hair problems like bald patches, dandruff, and an itchy scalp. Castor oil is antifungal and antibacterial, and can fight the pathogens causing the infection. See mask in #4, and add drop of tea tree oil for extra power.
6. Reduces joint pain/arthritis – A 2009 study found that castor oil effectively relieves arthritis symptoms and joint pain. A castor oil pack (see last post) can be placed directly on the painful areas. The anti-inflammatory properties of castor oil make it ideal for relieving joints, nerve inflammation, and sore muscles.
7. Disinfects wounds – The antimicrobial properties make it effective for treating and relieving pain in minor cuts and scratches.
8. Prevents Premature Graying – The application of castor oil is a popular method to prevent premature graying. It helps your hair retain its pigment, and delays your hair turning gray or white.
9. Boosts Immunity – Castor oil, when used topically, increases the number of T-11 cells, which signals a boost in the defense mechanisms of the body. The T-11 cells form antibodies against pathogens and toxins, and are raised for 7 hours after treatment.
10. Anti-Inflammatory – In a 2000 study of the effects of ricinoleic acid on inflammation, researchers found it exerted “capsaicin-like” anti-inflammatory properties.
11. Constipation – A 2010 study found that castor oil packs were an effective means of decreasing constipation in the elderly. The oil can be rubbed on the abdomen (or a flannel soaked in the oil can be placed on the stomach), and heat is applied on top via a hot water bottle.
12. Lymphatic Circulation – Castor oil is absorbed into the body through the skin. Once absorbed, it stimulates the flow of lymphatic fluid. The lymphatic system is in charge of eliminating toxins from the body and blood. Therefore, improved lymph flow would translate to enhanced detoxification.
13. Liver Detox – When rubbed on the right side of the abdomen, castor oil stimulates the liver and supports detoxification.