Could Artificial Light Be Making Us Gain Weight? 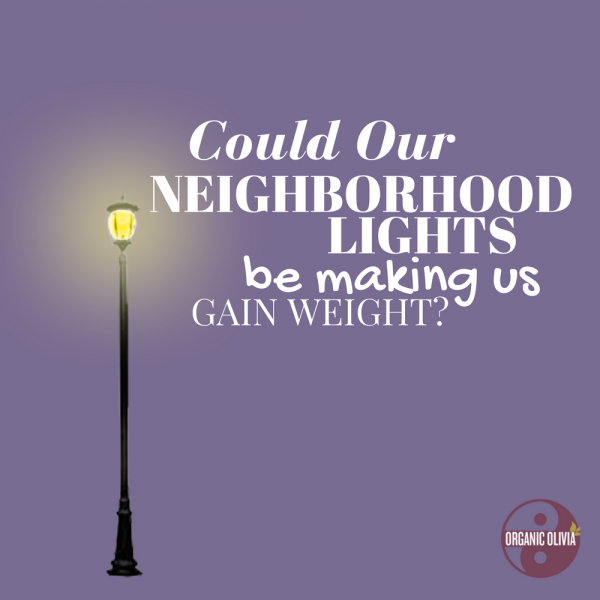 If you saw my YouTube video last year about wifi, EMF radiation & blue light from technology – you may know that I’m extremely interested in the effect artificial light has on our hormones, adrenals & pineal gland.
Being in Costa Rica the past month where there are barely any streetlights, I’ve been able to see a HUGE difference in my body first-hand. In New York, my circadian rhythm had no signal to ‘shut down’ after sunset because my environment was so well lit. I was wide awake and often hungry well after dinner. Here, it’s hard to stay awake past 9pm, and I naturally eat dinner at 5! Living under lights has now become normal… but is it natural?
Scientists has the same question, and decided to found out what happens if you stick a couple of mice into a model of our streetlight paradise. The results? In one word – OBESITY!
Researchers at the University of Ohio “played God” with the lighting in two groups of mice. The first got to follow the natural lighting rhythm dictated by the sun: 16 hours of light at 150 lux, 8 hours of pitch dark.  The second group got to live in the world of a typical city slicker: 16 hours of daylight and 8 hours of dim light (approx 5 lux of light).
After 8 weeks, the mice living “in the light” weighed 50% more than those living by the sun’s rhythm. The mice were also pre-diabetic, meaning their ability to handle glucose was shot.
The “in the light” mice weren’t lazy, and in fact they exhibited the same activity levels. They weren’t even greedy, and they ate exactly the same amount of food! So what changed? The only thing researchers could find that was significantly different between the two groups was WHEN they ate. Having the lights on all the time, made eating late night an option for Group #1. When the experiment was run again, the mice were only allowed to eat during “normal” times, and the huge weight gain didn’t happen.
This reinforces the importance of eating and living in accordance with nature’s rhythm: remember, your digestion is strongest when the sun is burning brightest in the sky! Although we must learn to live with artificial light, you can avoid negative health effects by eating no later than 8-9pm, so that your liver has a chance to do its ‘cleaning work’ at night and your energy isn’t hogged by digestion.

# S2.E5 – S2.E5 ESOTERIC ACUPUNCTURE – Dr. Chloe Bañales on how our emotions manifest in the physical body

# S2.E3 – S2.E3 FEEL IT TO HEAL IT – Millana Snow shares life changing practices to help you connect with YOU