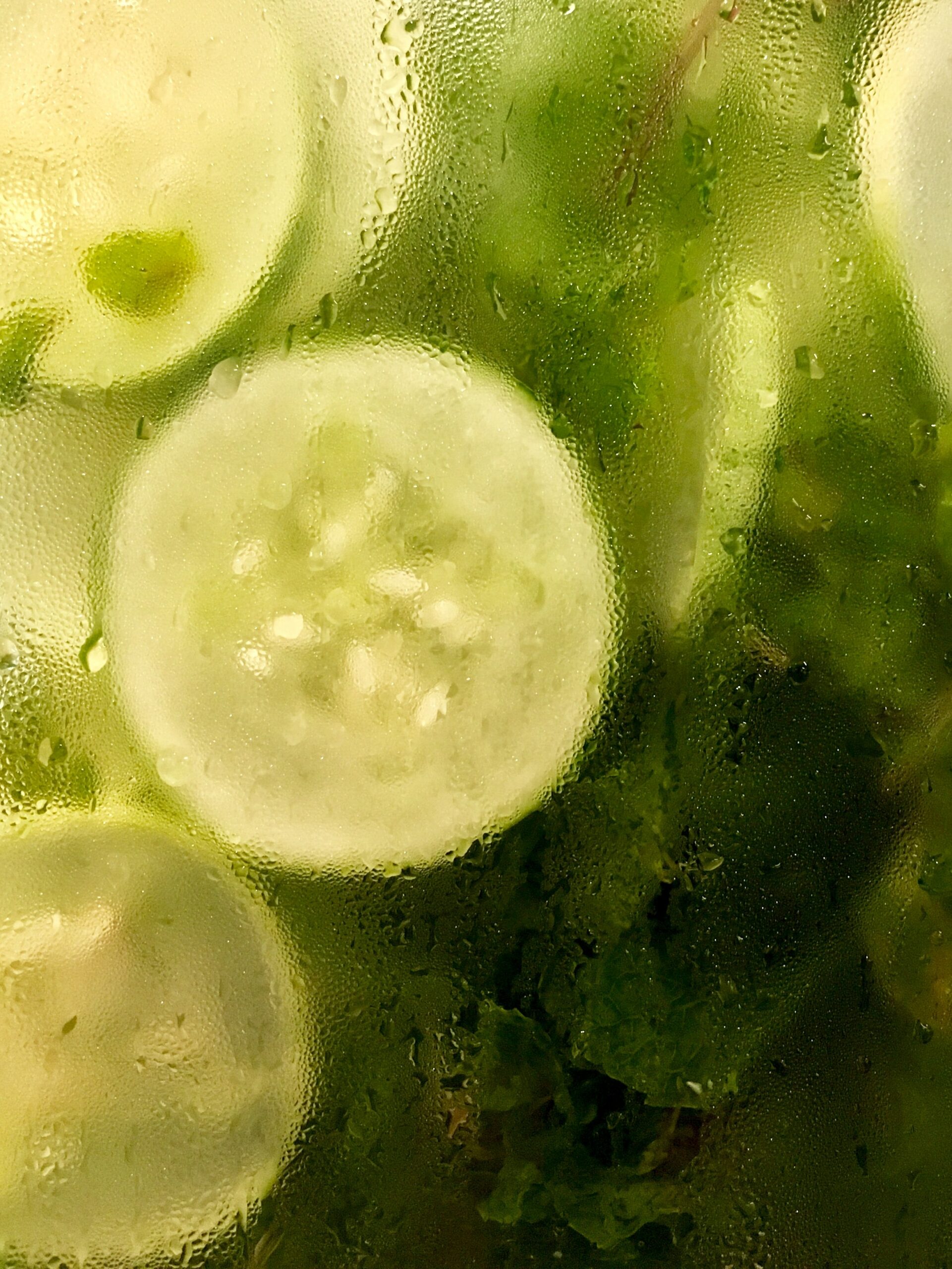 “Cucumber soaked in water for a few hours is much different than cucumber juice. As my grandmother used to say, the power is in the “soup,” or the extract.” – Herbalist Matthew Wood when he came to teach at my school.

Cucumber water is so healing because it’s similar to making a healing broth on the stove when you’re sick: after a few hours the minerals, phytochemicals and nutrients from the therapeutic foods (garlic, onions, etc) leach into the water and the liquid becomes a highly concentrated medicine that is much more readily available to your body than eating the veggies whole.

Why? Because TIME is the key here! With cucumber juice (which is still an excellent healing tool, don’t get me wrong) your body still has to do some extracting of the building blocks for you. On the other hand, cucumbers that spend hours slowly releasing their medicine into the water will create an end product that helps you cut out a step & immediately assimilate those soluble compounds.

Cucumber water helps to flush the kidneys and bladder of bacteria, viruses, debris and stones. It also helps to prevent these stones by aiding in the regulation of uric acid levels. Cucumber clears the “first degree of heat” in the body, which herbalist Wood described as “an acute immune response when you’re actively fighting something; a restless or overactive mind; insomnia; or a state where one is too easily brought to passion.” (There are 4 degrees of heat in total, 4th being the most damaging).

LASTLY, A WORD ON PESTICIDES

Wood told us that you must buy organic watermelon and cucumber! There’s a pesticide used on these crops that was banned in the US in 1990, but is still used in Latin America & Southeast Asia (where a lot of our conventional produce is imported from). The pesticide was banned here because it’s so toxic it caused kidney failure in farmers. One time, when Wood consumed conventional watermelon by accident that turned out to be heavily sprayed, his kidneys became inflamed (which he observed from both kidney pain & the smell of sugar in his urine).

To remedy this, he used cucumber water that was soaked for at least 3 hours and drank it daily for 2 weeks until the passing of sugar in his urine subsided.