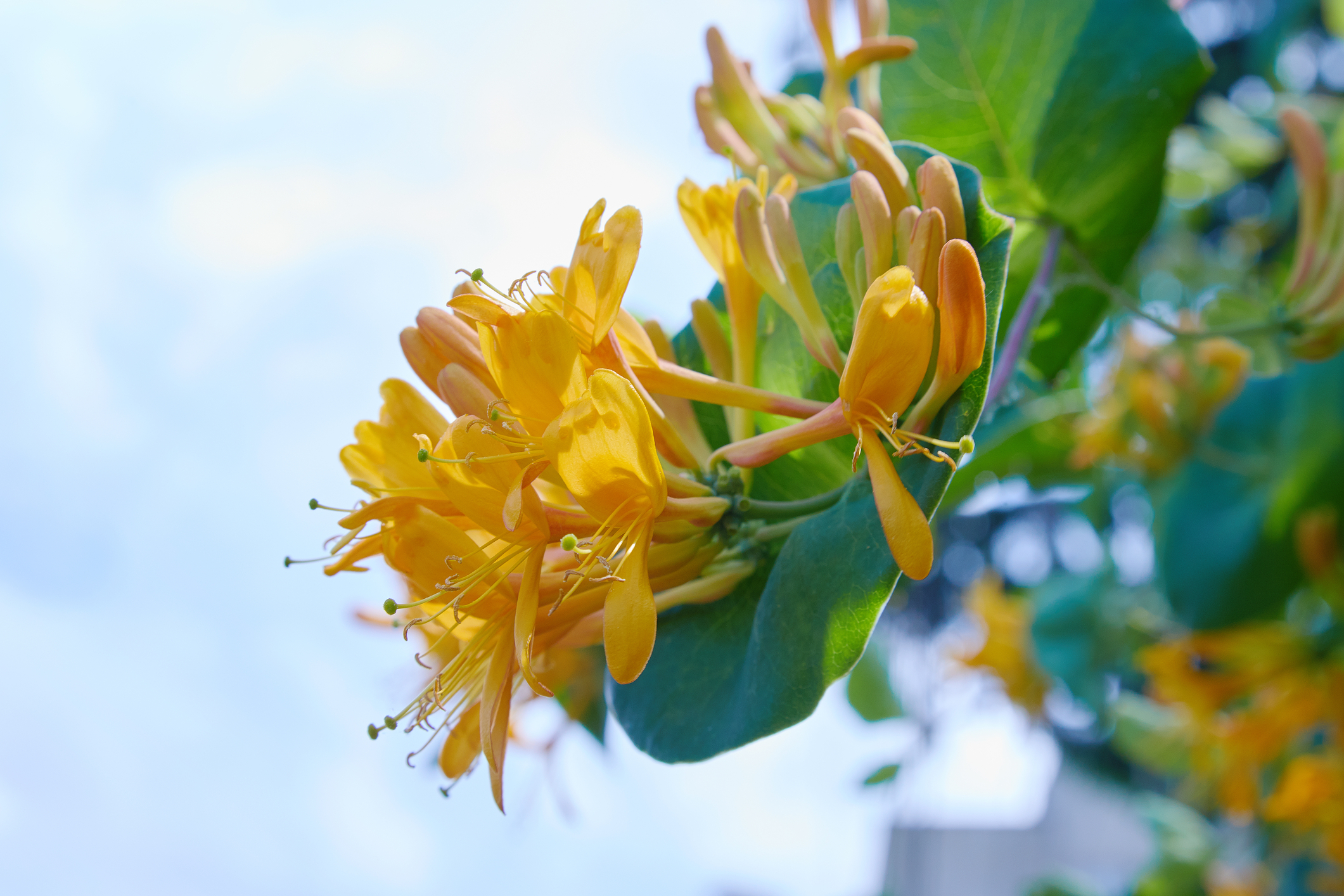 Supportive to the lungs and respiratory system, Japanese Honeysuckle encourages healthy mucus balance and helps to clear and detoxify “heat” in order to maintain immune homeostasis.*

Commonly written off as not much more than an invasive “weed”, Japanese Honeysuckle deserves much more respect than that. Although certainly a strong willed plant that can be disruptive when left to run amuck in foriegn ecosystems, with the right care, maintenance and understanding, we can begin to see this herbal ally for what it is. This flowering herb not only contains a variety of antioxidants, Honeysuckle deeply supports a healthy inflammatory response throughout the body, making it a useful tool in a wide range of respiratory and immune remedies.

Often, nature has a way of telling us what we need to hear—whether we’re listening or not. Such is the case for the widespread growth of Japanese Honeysuckle in North America. Native to Eastern Asia, this plant is now considered an invasive species in the states. Although it’s not “supposed” to be here, nature tends to offer us the herbs we need most, sometimes in surprising abundance! With the recent increase in our need for immune and respiratory support, Honeysuckle has been a welcomed ally in lung and immune formulas.

Sometimes known as the “Echinacea of Chinese Medicine,” Japanese Honeysuckle is used for a variety of imbalances. As a cooling herb, it’s especially useful for conditions related to excess “heat” in the body. While “heat” according to TCM is a complex topic to break down and explain, and has many possible underlying contributing factors, it can generally be summarized as a condition of “excess” or “fullness” that results from a Yin-Yang imbalance, aka a break in homeostasis. One common type of Yin-Yang imbalance is what TCM calls “pathogenic heat,” which is where Honeysuckle as an immune supportive plant shines. Part of “clearing heat” means maintaining healthy microbial balance — something this herb does quite well!

Prepared as a fresh or dried tincture, infusion, or capsule, Japanese Honeysuckle is almost always combined with other herbs, though it does have benefits on its own. It’s important to balance its bitter, cooling nature with neutral and warming plants.

Japanese Honeysuckle is rich in flavonoids, iridoids (bitters), volatile oils, saponins, and phenolic acids. These constituents are what help the herb to expel the aforementioned “heat” when used internally or topically. It’s used to help calm the stomach and digestive system, and works directly on the gut-lung axis that we mention so often, which means it also supports the respiratory system in order to keep you breathing easy.

Japanese Honeysuckle is the shining star of honeysuckle plants. Most other varieties are not considered beneficial or useful in herbal medicine.