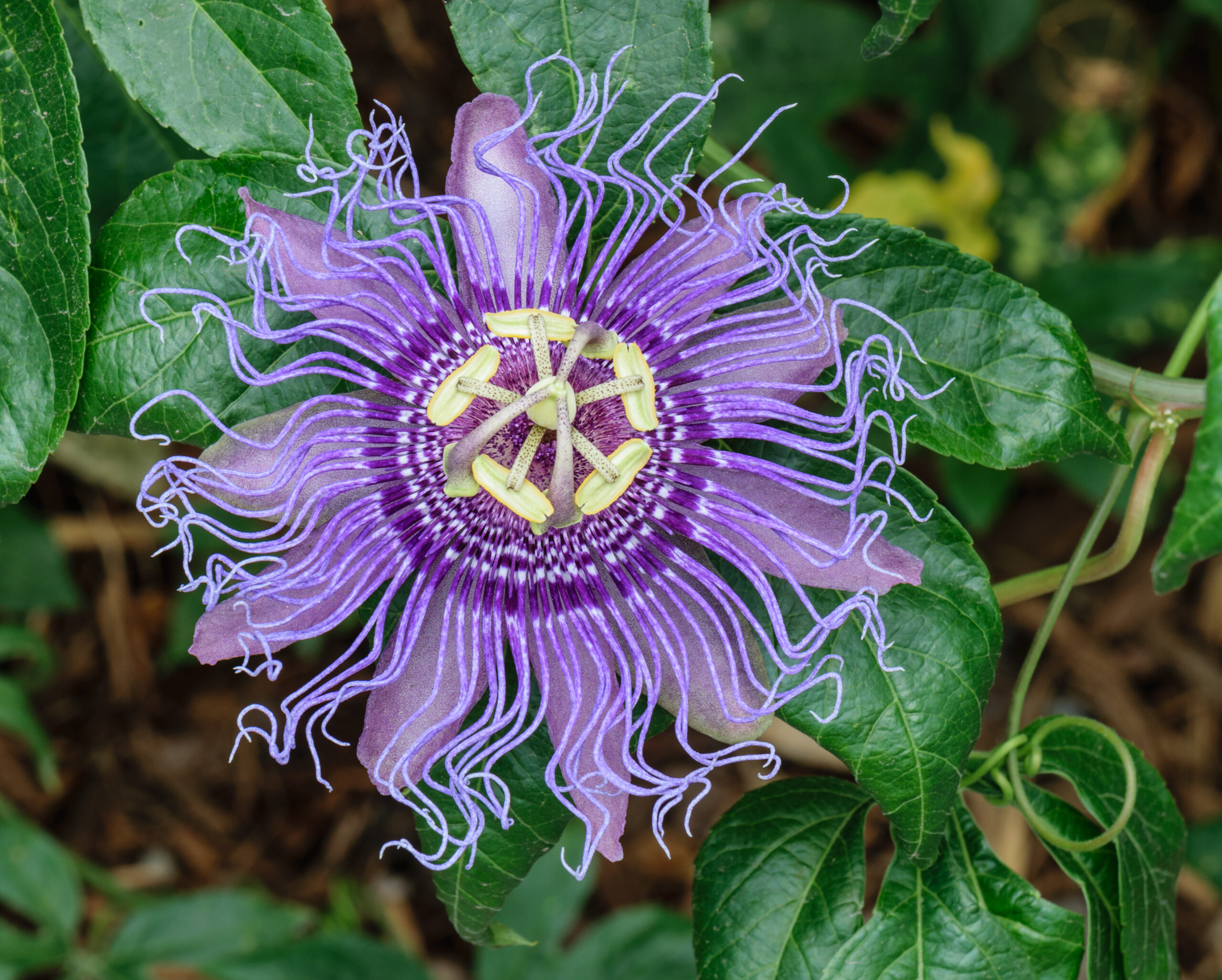 A calming,soothing, grounding herb, passionflower is medicine for the soul. Its winding tendrils represent its ability to support us in the midst of looping thoughts.*

Though it doesn’t affect your literal cardiovascular system, passionflower is known as a heart-calming herb in the sense of the emotional heart or “shen.” In traditional Chinese medicine, Passionflower addresses ascending Liver Yang or “Liver Yang Rising,” which can rush upward and disrupt the heart, causing unsettled feelings and a sense of disconnect.

Those who benefit most from this are experiencing an imbalance of Qi due to overload rather than blockage. They’re the maxxed out, the restless, the overwhelmed, those who feel things deeply and all at once.

The roots and stems—particularly aerial parts (above-ground; exposed to air)—of this flowering plant have calming, sleep-supporting, and nervous-system grounding properties.*

Documented for its use in supporting health in the late-1500s, passionflower dates back to the Aztec empire—making its way to Europe after the Spanish conquistador era. Dr. Nicolas Monardes, a Spanish doctor working in Peru, is credited with sparking the herb’s widespread Western use.

Passionflower is for those who “need to have their hearts calmed and grounded so that they can be connected to others.” —Althea Northage Orr, The Use of Nervines in the Treatment of Mental and Nervous Disorders