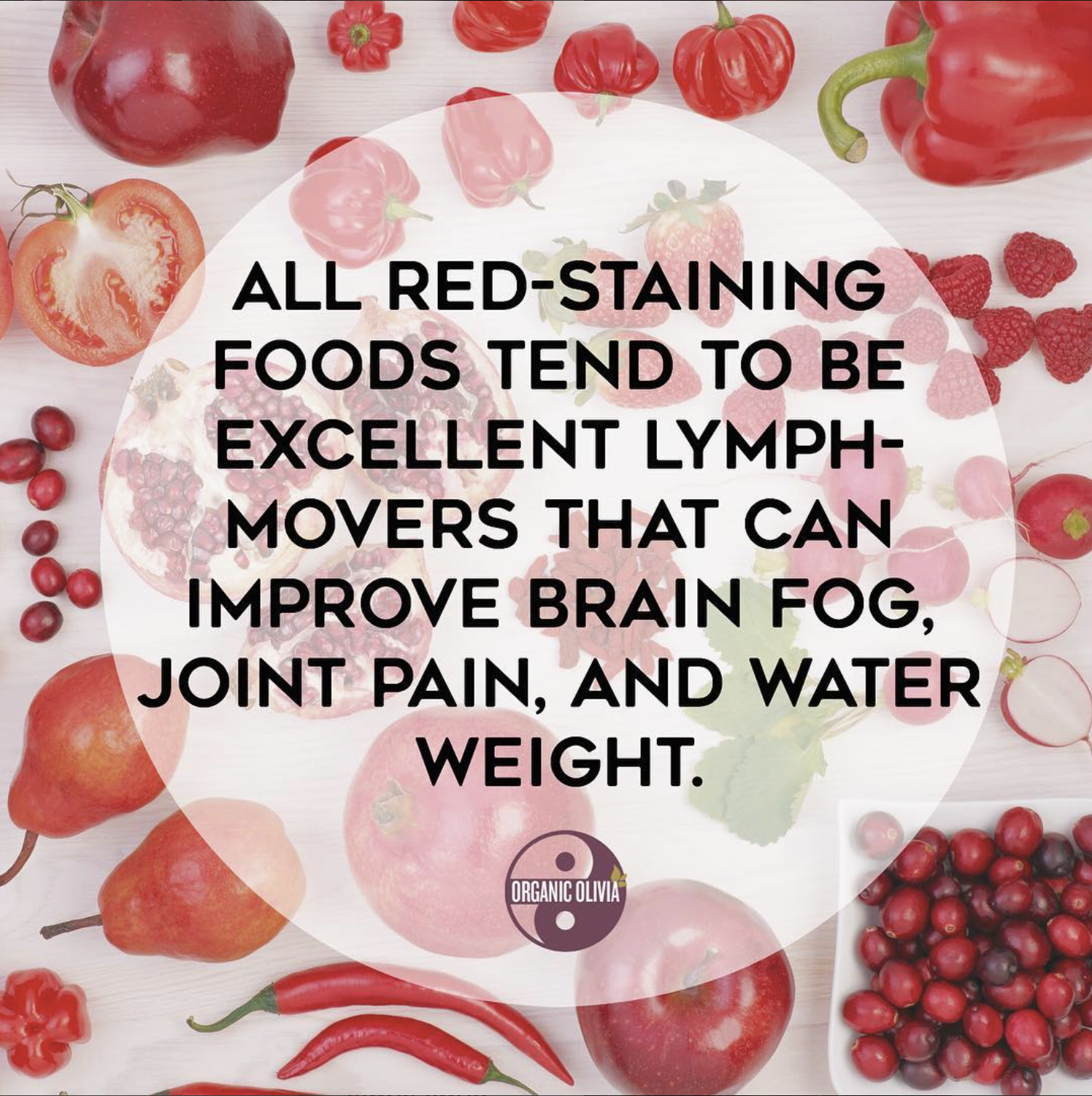 Did you know that red-staining foods are excellent lymph-movers? In fact, many plants that were historically used as dyes (such as berries, cherries, beets and turmeric) were commonly used as lymph-movers in traditional Eastern medicine when symptoms of stagnation would arise. The herb “Manjistha” is a deep red root used as both a dye and a medicine that is well known in Ayurveda for its great lymph-circulating properties. In Ayurveda, the study of rejuvenation and longevity is actually called “rasayana,” or “study of the lymph!” If Ayurveda has used the words “lymph” and “longevity” interchangeably for 3000 years, it’s certainly something we need to examine in the big picture of our health.
Part of the reason these pigmented, red foods are so therapeutic is that the compounds responsible for their color (such as betalain and anthocyanin) are powerful antioxidants and anti-inflammatory agents. Antioxidants generally work their magic within the lymphatic system, which is just one more reason to fill your plate with fruits and veg! Ayurveda’s wisdom about the red root Manjistha was recently backed up by Western science when it was found to provide powerful liver support when subjects were exposed to high levels of of toxic chemicals. One mechanism by which Manjistha was found to do this was by boosting the liver’s production of glutathione. Glutathione is often called the body’s “master antioxidant” – and as I said, antioxidants shine bright in the lymphatic system! Deeply pigmented Manjistha was also shown in two separate studies to out-perform even the most powerful antioxidants used in clinical settings, such as EDTA and vitamin E.
In Ayurveda, certain red fruits are better at different times of the year. Of course, you can eat these whenever you’d like, but it’s good to keep in mind.

If you’re short on time and want to pack in the red pigments with ease, add 4 ounces of pure unsweetened cranberry juice (Lakewood brand – not cranberry cocktail) to your morning lemon water. It’s quite bitter, so I sweeten with a bit of stevia.
If you have some time and want to make a powerful lymph-moving juice, use: 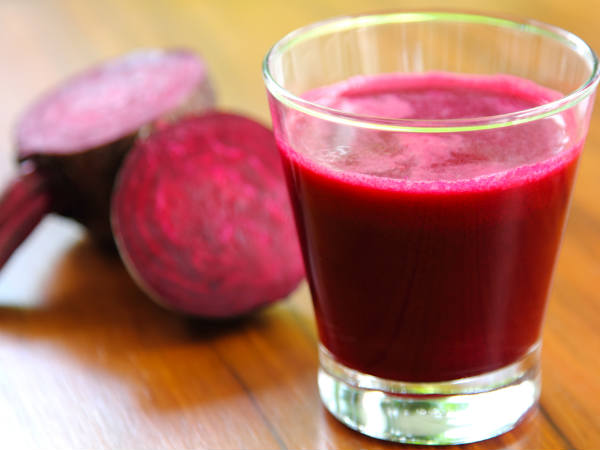 S2E12. PCOS: WHY ARE SO MANY WOMEN SUFFERING? – a conversation about carbs, body temperature, metabolism, stress and phone addiction with Amanda Montalvo, RD, FDN-P

S2E11. A SESSION WITH MY THERAPIST – a raw convo about the powerful ways she’s helped me to rewire my habits + exercises for you at home!

S2E10. UNDER THE BEANFLUENCE – why eating more beans can change your hormones, digestion + detox efficiency with Unique Hammond of The Bean Protocol