< Back to Blog List
All, Brain + Mental Health, Hormone Health

Swapping Coffee for Cacao: Medicine for the Heart 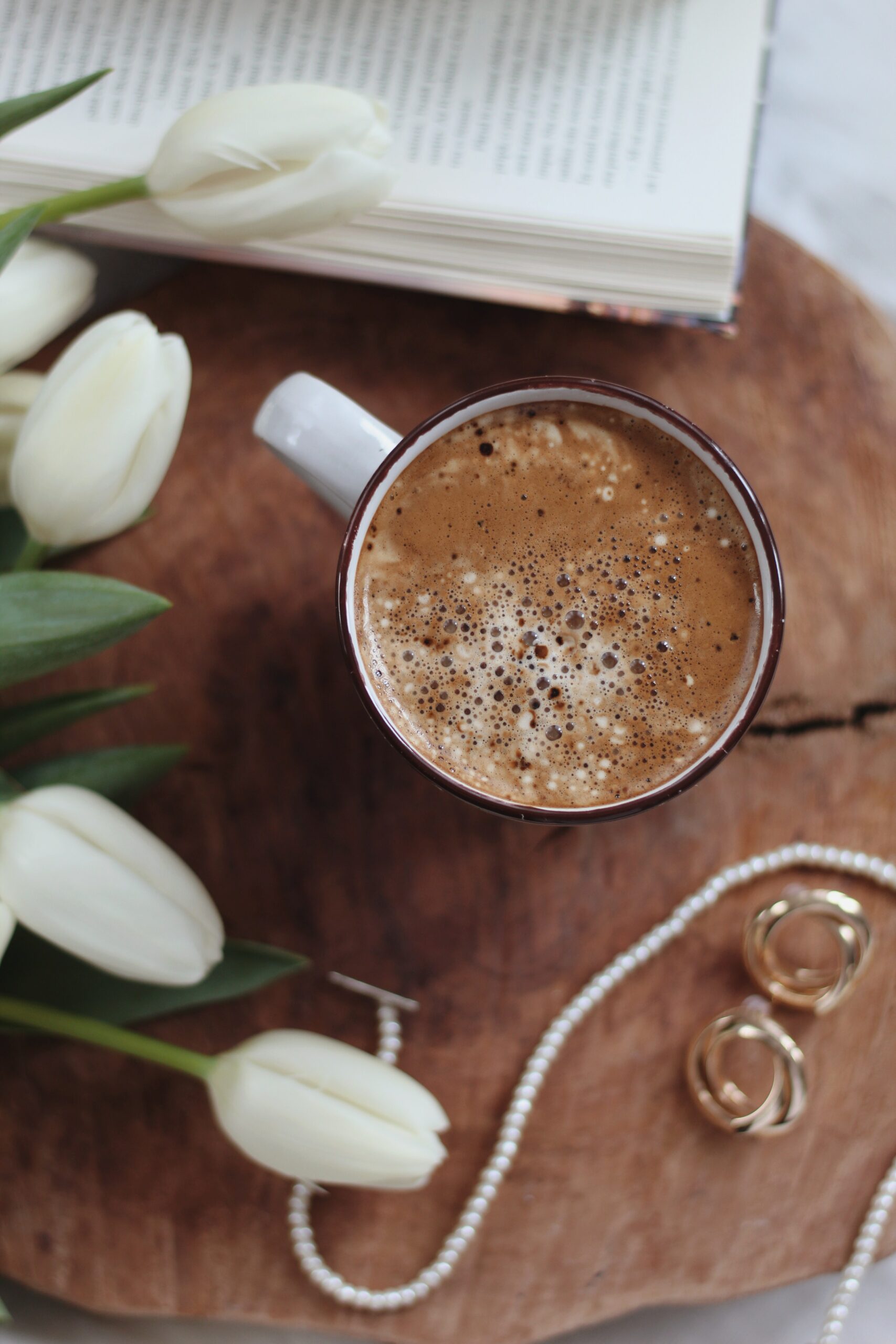 HEAR ME OUT, OKAY?… because my professor said something the other day that blew my mind. 🙂

He was talking about what to do when you have clients who are stressed, tired, and stuck in the adrenal-exhausting cycle of relying on a daily cup of coffee to get out of bed.

In these cases, coffee is like “robbing Peter to pay Paul,” because that surge of energy has to come from somewhere – your tired adrenals that are forced to kick into high gear! This only depletes you further over time.

He said, “One thing we tend to forget is that most people are drinking coffee for much more than just that energy boost.

They’re drinking it because it lifts your spirits. You can’t ignore that part of someone’s relationship to it.

If you just take it away, or replace it with some tea, it’s not going to fill that part of what their body and soul is asking for.”

We then learned about his number one replacement: cacao elixirs as a mood-lifting medicine!

In traditional Mayan culture, it was considered the only known ‘sin’ to consume cacao without ritual (source: Martín Prechtel who shared this interesting info with my teacher!). That’s how powerful this medicine was considered in the eyes of healers. Ceremonial cacao was usually served with chili and honey, and was always taken in liquid form. It is a powerful heart-opener and ceremonies were held to unlock creativity, gratitude, euphoric states, and release negative emotions. One of the active ingredients in cacao, “theobromine,” translates as God-Food, and encourages the release of dopamine.

My professor explained that cacao does contain caffeine (about half that of a cup of coffee), and therefore will still get you going in the morning. However, it also contains crucial elements required to balance that caffeine, including the master calming mineral magnesium. Magnesium helps keep our hormones and mood balanced, and our energy levels high!

Cacao is gentle, loving, nutrient dense, and has a more mood-boosting / heart-nourishing effect than coffee. It can be mixed with other medicinal herbs such as cinnamon, maca, and ashwagandha to support the adrenals rather than deplete them.

Lastly, cacao is packed with enzymes, antioxidants, and flavonoids, which can reduce stress, support blood sugar control and increase endorphins (our feel good hormones). The theobromine I mentioned earlier stimulates blood flow to the brain and heart, allowing more oxygen to reach these areas.

To honor the tradition of ceremony that is associated with cacao, my professor suggested creating a calming morning ritual where you connect with yourself and slowly stir the cacao and herbal powders into your honey, switching up the variety and ratio as your intuition/taste dictates.

DIRECTIONS:
Mix the powders and honey together at the bottom of your mug to create a paste. Heat water on the stove until it’s hot but not boiling, to protect as many enzymes as possible in the honey and cacao. Pour over your paste, mix thoroughly, then add 2 tbsp coconut/almond milk as “creamer.”

WHAT IS “FO TI” ROOT? BENEFITS FOR HAIR GROWTH:

Fo-Ti, also known as He Shou Wu, translates directly to “Black–haired Mr. He” in English. This is because Fo-Ti is considered a liver and kidney tonic that helps prevent the hair from turning gray as one ages. Now, I’m not going to make some crazy claims that this is true, because no one can outsmart father time (and I don’t have gray hair just yet so I can’t test it on myself).

Regardless, Fo-Ti is an “essence tonic” and “blood tonic,” used to build and strengthen the kidney essence which according to Traditional Chinese Medicine shows up in the hair, bones, teeth, libido, and willpower. It provides moisture, nourishment, and circulation to the hair follicles and supports healthy hair growth.

This potent tonic herbs works as an adaptogen which helps to regulate hormones, boosts energy, strengthens the kidneys and liver, fortifies the bones, and supports the nerves and brain.

You must purchase this herb powder “prepared”. In this “preparation” process, the roots are sliced and gently stewed in black bean soup until the soup is exhausted. This takes away any laxative effects and ensures an extremely low toxicity. The roots are then dried, powdered, and safe for daily consumption.

Although much of what we know about Fo-Ti is thanks to traditional texts, this knowledge has been supported by a study conducted on mice showing that He Shou Wu extracts promote hair growth by inducing the anagen phase in resting hair follicles. Torachrysone-8-O-β-D-glucoside, a compound found in He Shou Wu, was also shown to significantly increase the number of dermal papilla cells (which play a role in hair growth and length).

You can also add other adaptogens like maca, chaga, reishi, or ashwagandha for even more hormone support. See what resonates with you and create your own concoction!

Let me know what you think of this healthy version of “hot chocolate,” especially if you’re someone who has been wanting to quit coffee. Hope you like it and I wish you nothing but health and happiness! x