< Back to Blog List
All, Gut Health + Detoxification, Hormone Health 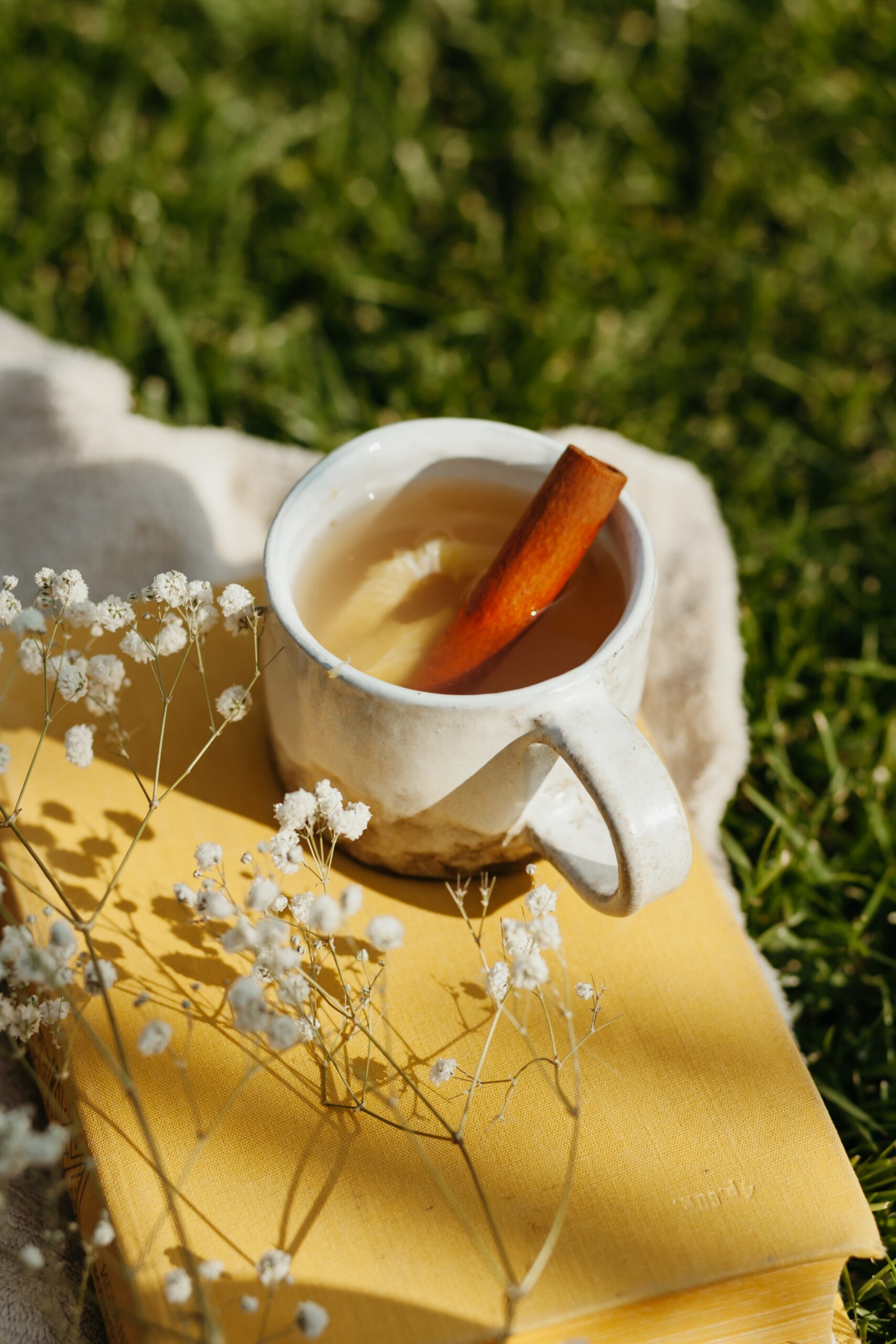 Hey lovely people – I hope you are doing well! I have an awesome treat for you today with this elixir. Not only does it actually support healthy blood sugar, it tastes delicious. I had one for the first time in years this morning and it brought back so many memories from high school, when I first came up with it.

In high school, I first began my journey of learning about nutrition. I was desperate to lose weight after years of yo-yoing and disordered eating habits – my relationship with food was emotional and difficult to say the least! I had just taken some diet pills that a friend gave me and they completely messed with my mood/metabolism/etc., so I decided to research how to eat for health instead of weight.

Along the way, I learned so much about my favorite organ, the liver, and how a depleted, overworked, or toxic liver could cause your body to release stress hormones and hold onto extra weight. I decided that instead of focusing on losing pounds, I’d focus on losing toxins – and thus, this drink was born!

I started reading about how honey is this magical food that our livers absolutely love, especially at night time. Honey has been considered sacred and medicinal by almost all traditional cultures. Ayurvedic Medicine states that if one suffers with fungus, rash, or itch; or if they have a hard time falling asleep at night, they can take a teaspoon of pure honey just before they go to sleep. They will sleep soundly (because the liver is happy – remember the “liver time” on the Body Clock is from 1-3 AM), and in due time they will become free from rashes.

And so, that’s what I did! As much as I hated the taste of honey, I took a whole teaspoon religiously every single night. I slept better, my skin, looked better, and the weight slowly but surely began to budge.

I thought to myself, OK – the honey is clearly speeding up my metabolism and helping my body use energy more efficiently. How can I take this a step further and incorporate it into my morning routine so that my liver and metabolism are fueled in the daytime, too?

This is where the cinnamon comes in.

I found out that cinnamon has a regulatory effect on blood sugar levels, and simultaneously increases insulin levels in the body. It imitates the biological activity of insulin and increases the metabolism of glucose. Since high blood sugar levels can lead to increased storage of fat by the body, cinnamon helps prevent this increased storage of fat and enables you to lose weight.

In addition, it influences the manner in which sugar is metabolized by the body and prevents the transformation of the metabolized sugar into fat. Studies show that abdominal fat is more sensitive to the effects of cinnamon than fat from other parts of the body.

I also read that cinnamon helps prevent the spread of cancer cells, halts the formation of stomach ulcers, and assists in curing bacterial infections. Woah – something that was good for my long term health, reduced my cancer risk, AND got rid of belly fat? Was I dreaming?! I was sold!

The active compound in cinnamon, which also gives it its flavor, is called cinnamaldehyde. In a Japanese study published in the Journal of Nutritional Science and Vitaminology in 2012, two groups of mice were fed a diet high in sucrose and fat.

One group was given cinnamaldehyde daily, and the other was not. After a month, the scientists found that the mice taking cinnamaldehyde had lost visceral fat (which is the stubborn fat we accumulate on the belly), whereas the control group didn’t. They concluded that the cinnamaldehyde stimulated the metabolism of the fatty visceral tissue.

After learning all of that, I decided to mix my newly beloved cinnamon with honey, lemon, and hot water first thing in the mornings. 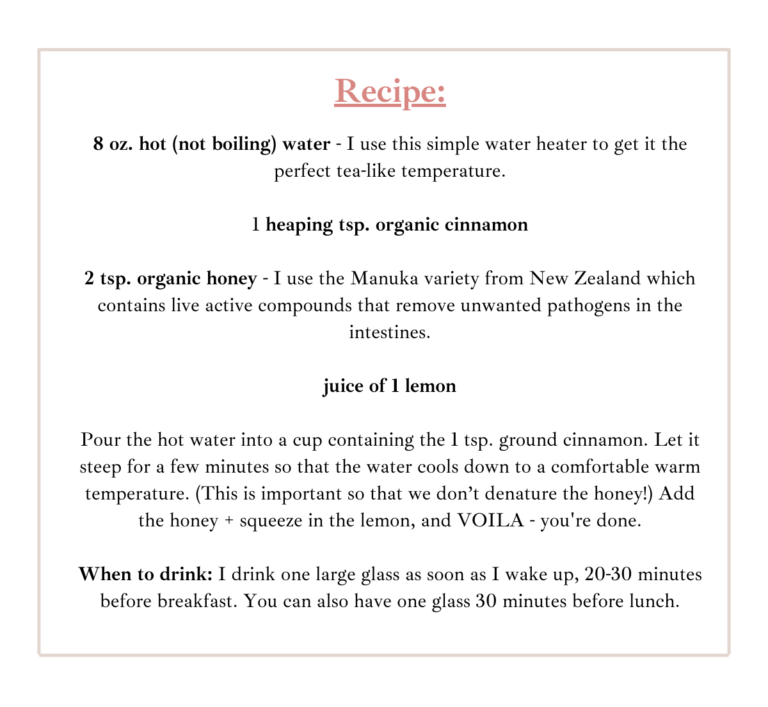