What Happens To Your Body When You Skip Breakfast? 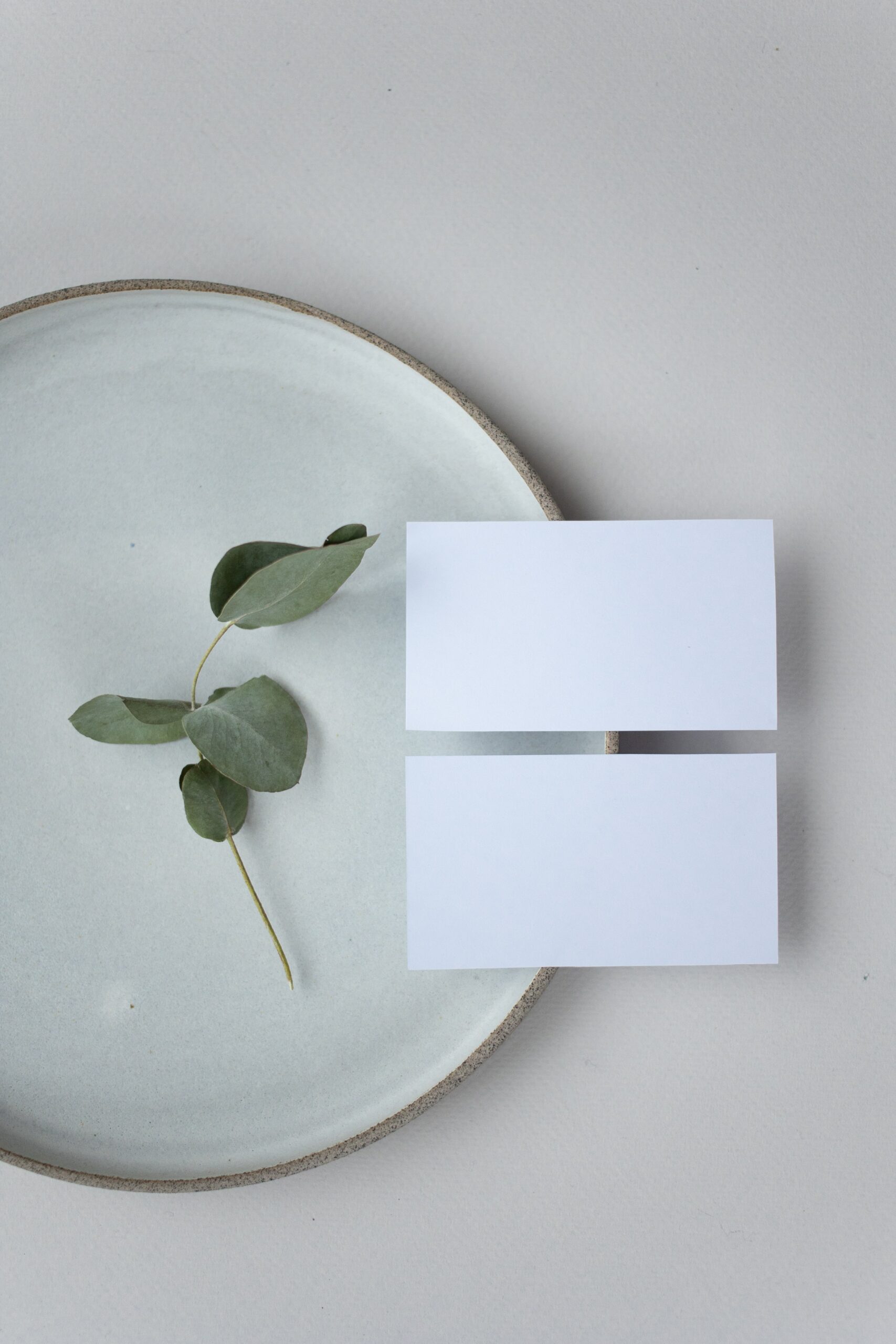 I promised you guys a PART 2 breakfast post where I addressed intermittent fasting & all of its benefits! Many people didn’t understand why eating a big breakfast is beneficial, when intermittent fasting (or IF, where people often skip their first meal entirely) is so popular and effective. Here’s the thing: restricting your eating to an ~8-12 hour window is advantageous to humans no matter what window you choose. From what I’ve seen, it seems that people find it easier to delay gratification in the morning and begin eating from noon-8pm. If this works for you and your schedule, I’m all for it! However, you don’t HAVE to do it this way. In fact, I believe there may be even *more* benefits (specifically relating to your circadian rhythm) when you start your window early with breakfast and eschew evening grazing instead!

Let’s start with the basics: WHAT IS INTERMITTENT FASTING?

Intermittent fasting (also known as time-restricted eating) consists of limiting the time period in which you eat to an ~8-12 hour window. The more extreme window of 8 hours is used in the fitness world because it maximizes fat loss… however there are many benefits to this practice other than aesthetics! Studies suggest that a shorter feeding window (in both animals and humans) lowers inflammation, improves glucose tolerance, promotes favorable gene expression, and helps protect you from obesity & age-related fatty liver. Recent studies on this topic suggest that eating within an 11-hour window is associated with a decreased breast cancer risk (and reduction in recurrence by as much as 36%). Studies have also shown that eating within a 12-hour window improved sleep and increased weight loss in normal weight people.

With that being said, here’s why I personally DON’T skip breakfast as part of my own IF routine. I eat as soon as I wake up, and stop around 5-6pm instead. As I mentioned in Part 1, humans are diurnal creatures. We are wired to be active when the sun is up and rest at night. Much of this wiring comes from the superchiasmatic nucleus (SCN) in the brain, which acts as our “internal clock.” It turns out that pretty much every cell in your body has its own version of a circadian clock, including your organs. (It’s interesting to me that Traditional Chinese Medicine came up with the notion of a 24-hour ‘body clock’ thousands of years ago, and believes that each organ has an allotted time period where they ‘go to work’ so to speak! For example, the liver’s window to “clean house” is ~11-3am. It makes sense to me that you wouldn’t want to tie up your energy with the complex process of digestion close to this period of increased detoxification).

While daylight is a major cue for our brain’s circadian rhythm, the timing of our meals has a large influence as well. To me, it feels far more natural to eat with our environment’s photoperiod (length of daylight), and the science seems to agree. For example, one study found that eating one additional meal during the DAY (rather than the evening) was associated with an 8% decrease in C-reactive protein aka CRP. A high level of CRP in the blood is a marker of inflammation and may indicate an increased risk of heart attack of stroke. This is one of the reasons why I enjoy IF: I don’t have to restrict calories to see changes in my body & mind, I simply have to eat my regular meals within a shorter window during the day. An additional study showed that for each 10% increase in the proportion of calories consumed after 5pm, there was a 3% increase in CRP levels.

Yet another study that caught my eye was performed by the same researchers who looked at a large breakfast/small dinner vs. a small breakfast/large dinner in my last post (see reference #1). This time, they took 22 participants with type 2 diabetes and placed them into either the “YesB” group, or the “NoB” group.

Results showed that skipping breakfast led to higher glycemic index response, high levels of glucagon and FFA, and reduced levels of insulin, C-peptide, and iGLP-1 after lunch and dinner, whereas breakfast consumption led to a reverse metabolic state!

Breakfast omission resulted in impaired insulin and led to 40% and 25% higher peaks in blood sugar levels after lunch and dinner, respectively.

What’s more is that levels of glucagon (which is a hormone that increases blood sugar levels) were also higher after lunch and dinner on no-breakfast days. “This means that reducing the amount of carbohydrates in lunch and dinner will have no effect on reducing elevated glucose levels if diabetic individuals also skip breakfast,” said Prof. Jakubowicz, who led the study. He continued, “In conclusion, it is highly recommended that type 2 diabetics not skip breakfast, because it causes major damage to the beta cell function and leads to high sugar levels, even if they don’t overeat at lunch and dinner.”

Keep in mind of course that this research was performed on individuals with diabetes. I would love to see this same study format carried out on healthy individuals without a pre-existing condition, however, I do think the results are quite telling. When asked for their interpretation, the researchers postulated that the effects of none other than the circadian rhythm on glucose homeostasis may have played an important role in their participants’ outcomes. They also cited the ‘second meal phenomenon’ as a possible explanation, stating that the cells of the pancreas may do a better/faster job of producing insulin if they’ve already had to produce insulin earlier in the day.

Lastly, a study published just last month by the University of Pennsylvania School of Medicine looked at 9 healthy average weight adults. They put them under two conditions: one of daytime eating (three meals and two snacks between 8AM and 7PM for 8 weeks) and another of delayed eating (three meals and two snacks from noon to 11PM for 8 weeks). There was a two-week washout period between conditions to make sure there was no carry over effect. The sleep period was held constant, between 11PM to 9AM. The team found that when participants ate later compared to the daytime condition, weight increased. Respiratory quotient (i.e. the ratio of carbon dioxide produced by the body to oxygen consumed by the body) also rose during the delayed eating condition, indicating later eating led to metabolizing fewer lipids and more carbs.

Conducting a 24-hour hormonal profile, they also found that during the daytime eating condition, the hormone ghrelin (which stimulates appetite) peaked earlier while leptin (which keeps you satiated) peaked later. This suggests that eating earlier may help prevent overeating in the evening and at night.

As a side note, many of the studies I’ve read on animals show results along these same lines. Rat models of obesity and diabetes show circadian alterations. When rats’ circadian rhythm is disturbed due to circadian desynchronization (chronic light exposure or repeated meals at odd times of the cycle), lipid/glucose metabolism is deregulated and weight gain ensues.

I could talk your heads off all day about this, but the bottom line I want to come back to is that intermittent fasting is awesome no matter HOW you choose to do it. It all boils down to what works for you and your schedule, as there is no one-size-fits-all approach. If you can contain your eating window to the daylight hours, give it a try! My main reason for doing this as I’ve explained here is to support my circadian rhythm. I feel that we already have so much artificial light in our environment that throws us off, and I want to counteract this by supporting my internal clock with daytime meals. Science is never perfect OR final, and I’m sure there are plenty of studies out there that contradict the ones I’ve mentioned. Do what works for you, but give breakfast a try first! I find that I’m a much happier person when I’ve had a good meal in the morning, and this schedule of IF has really helped me stop snacking on sweets at night.