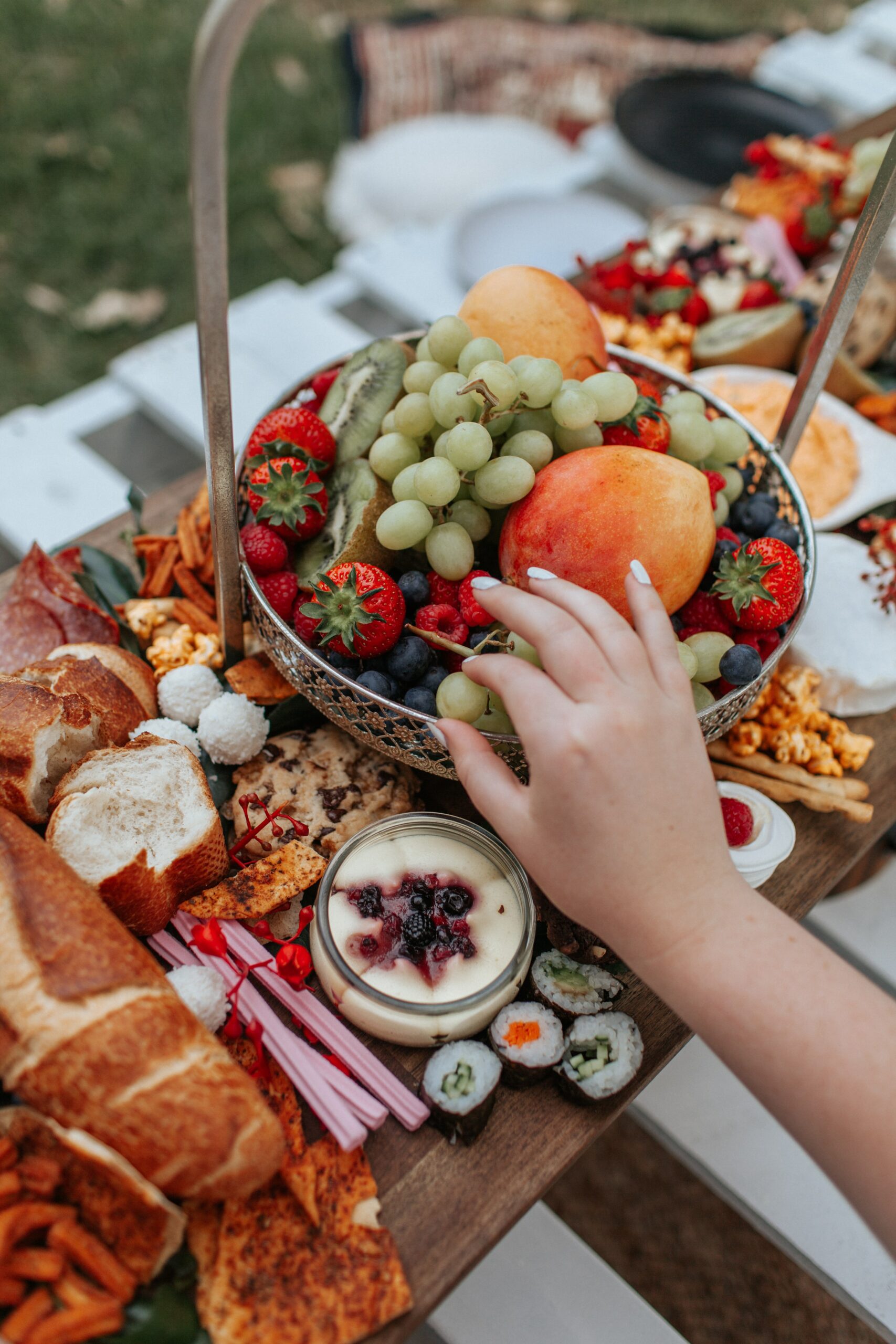 This topic is insanely interesting to me considering the fact that I’ve always been a breakfast-skipper, splurge-at-dinner kinda girl.

But DID YOU KNOW… that when healthy adults ate meals that were identical in both their macronutrient and caloric content at breakfast, lunch, and dinner, their post-meal blood glucose increase was LOWEST after breakfast and HIGHEST after dinner – even though the meals were exactly the same! (Thanks to Dr. Rhonda Patrick for the awesome info).

This suggests that our bodies respond to perfectly healthy foods in drastically different ways depending on the time we choose to eat… which has huge implications for diabetes, obesity, heart disease, and so much more.

Why does breakfast get the crown?

I’m sure you’ve heard the phrase, “breakfast is the most important meal of the day.” You may have also heard that humans have a built-in “circadian rhythm” (which can be thrown off by nighttime use of cell phone, TV & computer screens). Interestingly, these two have everything to do with each other, and I’ll tell you why!

Humans are considered diurnal creatures. We are active during the day (eating, working, etc.) and we rest at night. This is controlled by our brain’s “internal clock,” the superchiasmatic nucleus (SCN) which in turn influences smaller internal clocks in our peripheral tissues and organs. In fact, research from the past two decades has established that almost every cell in the body possesses its own circadian timekeeper! These clocks regulate our genes and metabolic processes, including hormone fluctuations, inflammation, insulin secretion, fat metabolism and more.

While light is a major cue for the brain’s SCN (seriously, keep those iPhones out of the bedroom), the timing of our food intake has an influence on our circadian rhythm as well! Eating a hearty meal when you wake up in the morning supports your internal clock’s natural alignment with the environment’s photoperiod, whereas consuming a large meal at night can actually “reset” or throw off that clock (resulting in misaligned metabolism and poor blood sugar control). Eating too much too late is thought to signal your metabolism/circadian clock to start all over again… meaning when you wake up the next morning, your metabolism is already at the end of its cycle!

A 2015 study published in Diabetologia put this old adage to the test with the help of 18 individuals with type 2 diabetes. The diabetic participants were placed on either the “Bdiet” or the “Ddiet” for 7 days.

Compared to the “Ddiet” group, the “Bdiet” group with the large breakfast and small dinner experienced:

What I found most interesting was that even though both groups ate the same exact lunch of 603 calories, the Bdiet group experienced 21-25% lower blood glucose scores and 23% higher insulin than the Ddiet group!

The conclusion of the study reads, “High energy intake at breakfast is associated with significant reduction in overall PPHG (post-meal hyperglycemia) in diabetic patients over the entire day.” It goes onto say that the dietary adjustment of a large breakfast/small dinner may have a therapeutic advantage for diabetics, and may even be preventative in terms of the cardiovascular complications that so often accompany T2D.

Although this particular study looked at diabetics rather than your average healthy population, much of the science published in the last 10 years suggests that the benefits of a large breakfast are universal.

A Spanish study published in the International Journal of Obesity followed 420 subjects during a 20-week weight loss program. They found that “early eaters” (those who ate lunch before 3pm) lost 25% more weight than “late eaters” (those who ate lunch after 3pm). The study’s author stated, “The body’s system is better able to cope with higher glucose levels in the morning. The same meal load later in the day is not received as well.”

What about fasting, or even skipping breakfast altogether?

Intermittent fasting (also called time-restricted eating) is something I’ve been experimenting with lately and absolutely loving. I’ve been eating in an 8-10 hour window, which means I’m fasting for 14-16 hours each day. I know that a lot of people who do this choose to fast in the morning (i.e. skip breakfast and begin eating at lunch), but because all the information coming out about our circadian clocks, I do it the other way around. Breakfast is still king to me, so I eat my smallest meal around 6pm each day and stop the snacking right there!

My next post will talk all about what happens to your body and blood sugar when you skip breakfast altogether, and I’ll touch on the benefits of time-restricted eating too since it’s something I haven’t yet mentioned on the blog.