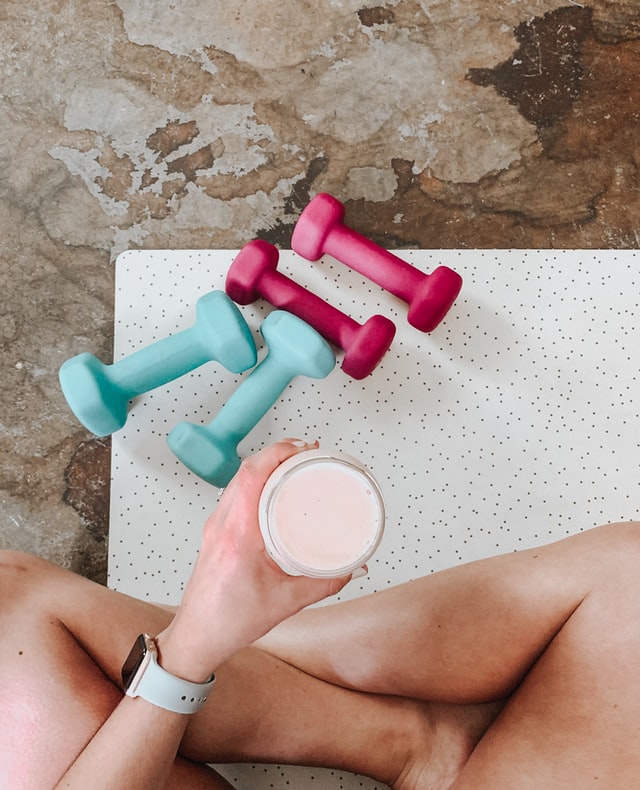 Have you ever wondered why it’s difficult for some of us to maintain our weight, while others can seemingly eat whatever they please and not have to think twice?

Have you been diagnosed with PCOS, or suspect you have a hormone imbalance that’s making it tougher for you to reach your goals?

Have you been told that you’re insulin resistant, pre-diabetic, or toeing the line of borderline high blood sugar, even though you’re perhaps doing everything ‘right’? Are you often hungry quite quickly after you finish eating, or crave sweets directly after a meal even though you’re full?

While these are complex issues with numerous underlying factors, a piece of the puzzle comes down to hormones: namely, insulin. Today we’re going to look at the effect insulin has on our weight and body composition when it becomes chronically elevated (aka when we become sensitized and somewhat ‘resistant’ to it).

Insulin is a crucial hormone produced by your pancreas. Its has many different functions, but the one you may be most familiar with is insulin’s ability to help blood sugar enter the body’s cells.

Basically, this hormone allows the energy we consume via food to properly fuel us on a cellular level.

As the carbohydrates we consume through diet are converted into the glucose that hangs around in our blood, that glucose needs to be let in through the cells’ “doors” in order for us to feel energized. In this sense, think of insulin as the “key” that opens the door, so that we feel charged (rather than sleepy or still hangry) after a meal.

When insulin is released normally in response to food, and when the cells are able to effectively respond to it, we feel energized and satiated because we’re able to use the fuel we just ate. But when insulin remains high after a meal because glucose isn’t getting into the cells properly (the cells can’t “hear” it because of insulin resistance), a few things can happen:

So, why can’t our cells ‘hear’ the insulin? Research suggests that in most individuals, insulin resistance is mainly caused by two factors common in our modern lifestyles: overeating and a lack of movement.

A sedentary lifestyle combined with overeating can lead to excess fat storage both in the muscles and in our organs (especially the liver), which makes the body and tissues overall far less responsive to insulin. Fat that builds up in the liver, commonly referred to as visceral fat, is the most metabolically dangerous as it is not only associated with insulin resistance but cardiovascular disease and heart attack risk as well.

Unfortunately, it’s much easier to become insulin resistant than it is to reverse it and re-sensitize the tissues to insulin. This is a major reason why it’s important to stay active and healthy (even if that means simple daily walks) before deeper hormonal issues such as insulin resistance arise.

Other contributing factors in the big picture of insulin resistance include stress, nutrient deficiencies, pregnancy, and many different disorders and diseases (including both genetic and lifestyle-driven diseases).

What came first, the chicken (insulin resistance) or the egg (chronically high insulin)?

Over time, being insulin resistant (where your cells can’t “hear” or respond to insulin), can lead to chronically high levels of insulin.

Why? Because when the body does not respond to insulin correctly, the pancreas produces even more insulin to try to compensate for the rise in blood sugar levels that ultimately results from all that glucose hanging around without a key. Technically, insulin resistance comes first… then, high insulin becomes the presenting issue as a result. Over time, high insulin due to insulin resistance can lead to PCOS, type II diabetes, and more.

Thus, fasting insulin (your baseline levels upon waking, before breakfast) is one blood marker your doctor may use to determine whether or not you may be insulin resistant. Your practitioner may also test your fasting glucose levels, your Hemoglobin A1c (which determines your average blood glucose levels over the past 2 to 3 months), a standard lipid panel (to check triglycerides and cholesterol), and even your CRP (which can detect low levels of inflammation and may be increased with insulin resistance).

The importance of testing fasting insulin

For me personally, my CRP, fasting glucose and A1c were normal (although my fasting glucose was definitely on the high end of normal, around 90-100), but my fasting insulin levels were slightly elevated. This is how my doctor caught that I was in the very early stages of insulin resistance where you can make huge changes, and needed to adjust my diet and add more exercise.

Because my doctor is a functional medicine physician, she uses the ‘functional’ range of fasting insulin that looks for optimal values, not just values within range or at the higher end of the range. According to KnewHealth, “optimum fasting insulin levels are less than 8 (or even better, around 4 or 5), which means you’re not creating a high insulin demand.” When I first tested with my doctor, my fasting insulin was a little over 10! By my next appointment, after adding in more walks and fiber, it was around 7, and I’m excited to test again soon now that I’ve been walking daily for almost a year straight and have seen a huge improvement in body composition and visceral fat (weight gain around the abdomen and internal organs).

Is sugar the problem?

While we often demonize ‘sugar’ itself, sugar can actually be part of a healthy and balanced diet in the context of foundational health practices: moderation when it comes to food choices (i.e. healthy portions, including plenty of color, phytochemicals, fiber and protein) and staying active.

Chronically elevated insulin levels due to the factors mentioned above are the real issue when it comes to erratic blood sugar levels in response to dietary carbohydrates, as well as the inflammation that results. The reason that the body may respond to sugar in an unhealthy way (as seen in type II diabetes or PCOS) is because insulin resistance is already present. Sugar isn’t technically the problem, it’s our metabolic health and how sensitive we are to insulin in the first place; meaning, how well we respond to and metabolize that sugar on a cellular level.

Once you’re already insulin resistant, moderating sugar intake can help to manage your symptoms, but sugar itself in the context of healthy choices isn’t the bad guy it’s made out to be for many individuals. Cutting out “all” sugar and exhibiting a black and white mindset can actually lead to disordered eating in the long term, which further puts you at risk for metabolic derangement.

In the context of inflammation and prostaglandins driving hormone disorders (which you can read about here), when there is too much insulin, the body converts some of the healthy fats we eat that would normally drive anti-inflammatory PGE1 production over to pro-inflammatory PGE2 production.

Sensitizing the cells and balancing insulin levels doesn’t happen overnight, and goes right back to those foundational factors every single time: a healthy diet and exercise! However, there are some additional things you can do in order to regain balance and support your hormones:

Most importantly, you want to set your body up for success by eating consistent, balanced portions of protein-and-fiber-rich food combinations throughout the day. When you skip meals, you’re more likely to overeat later, and can throw your stress hormones for a loop (especially for women; our bodies like to feel safe)! Skipping meals or restricting foods/calories in an attempt to lose weight can often hurt us in the long run, as this practice further deranges stable blood sugar balance throughout the day.

A balanced diet doesn’t have to be complicated, either. It can be as simple as sourdough toast with some avocado, arugula, and some hard boiled eggs; or steak, brown rice, beans and a delicious side salad for dinner. Botanicals such as Cinnamon, Green Tea, and even Panax Ginseng have been shown in studies to support a healthy response to insulin, and may be incorporated as per your practitioner’s recommendation once your foundational practices are solid.

It’s important to remember that nothing replaces healthy, consistent movement like daily walks, and that movement in combination with a balanced diet can successfully begin to re-sensitize your tissues to this crucial hormone.

# S3E03 – BEANS, HIGH CORTISOL AND CAFFEINE – how beans can bind and lower stress hormones + breaking down the biochemistry with “Bean Queen” Karen Hurd

# S3E02 – FROM WELLNESS EXTREMES TO A HEALTHY FOUNDATION – why getting back to basics, saying no to fads and fueling our bodies is the medicine women need with Nina Passero, FDN-P

# S3E01 – YOUR BLOOD SUGAR MATTERS MORE THAN YOU THINK – why regulating your glucose levels with 5 simple hacks can optimize your hormones, energy levels